The overarching goal of the project is to help raise standards of economic literacy in North Macedonia, by promoting and distributing to readers free of charge in all formats the regionalized edition of CSE, as prepared by the Economic Fundamentals Initiative (hereinafter referred to as “EFI”), to the widest possible audience and organizing 2023 Economics Olympiad for high school students in North Macedonia. To that end, LAI will work with partners in the country to maximize the project’s impact, harnessing the partners’ expertise in delivering education projects and their understanding of the local operating environment.

The initial stage of the promotion of Common Sense Economics in North Macedonia is planned to follow three stages:

(1) promotion of the already published versions in English and Albanian in the Albanian speaking part of the country and in English speaking universities and high schools,

Activity II: Equipping city and university libraries, as well as high schools with copies in albanian and english

(2) publishing possibility in Macedonian language and its promotion nationally, and

Activity V: Meetings with Ministry of Education and Ministry of Culture and other relevant institutions

(3) promotion and training for journalists in a regional context. 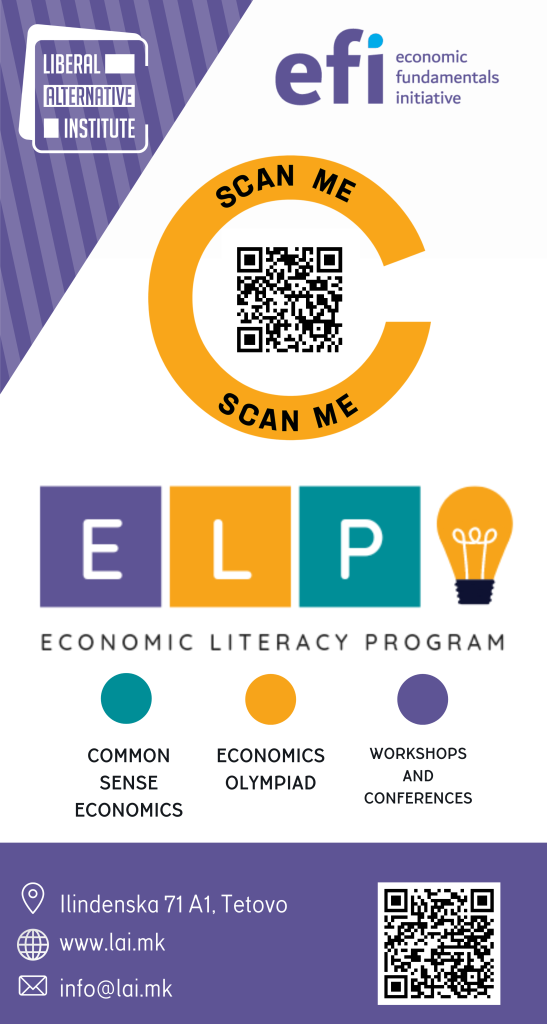