TOGETHER is one of the local initiatives aiming at bringing ethnic groups together and providing a meeting space for high school students to learn about each other.

13 participants of the “Together Project” exhibited their work through a performance in front of an audience of all ages. The performance included songs in Albanian, Macedonian and Turkish language as well as traditional dances from the three ethnic groups. High school students from Makedonski Brod, Tetovo and Gostivar exchanged their traditional clothes, each wearing the clothes of another ethnic group, while also singing songs of a language that isn’t their mother language. Additionally, the participants jointly presented the different cultures through monologues, allowing the audience to engage as well in a QA session. 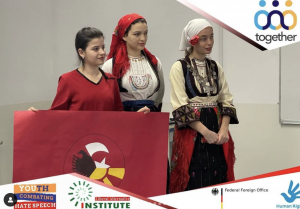 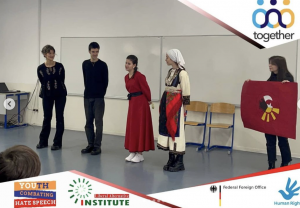 The activity not only aimed at increasing the intercultural competence of participants in the workshop, but also showed to the wider audience that only by learning about each other will we be able to understand each other, which would consequently decrease the ethnic based hate speech. 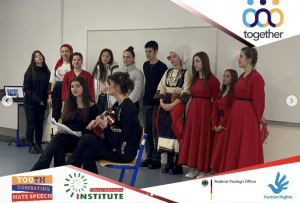 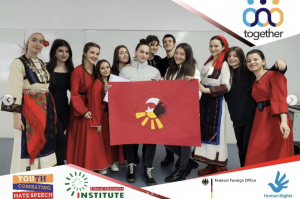 ‘Together’ is part of the local initiatives in the framework of the project “Youth Combating Hate Speech” implemented by Liberal Alternative Institute and funded by the German Federal Foreign Office.